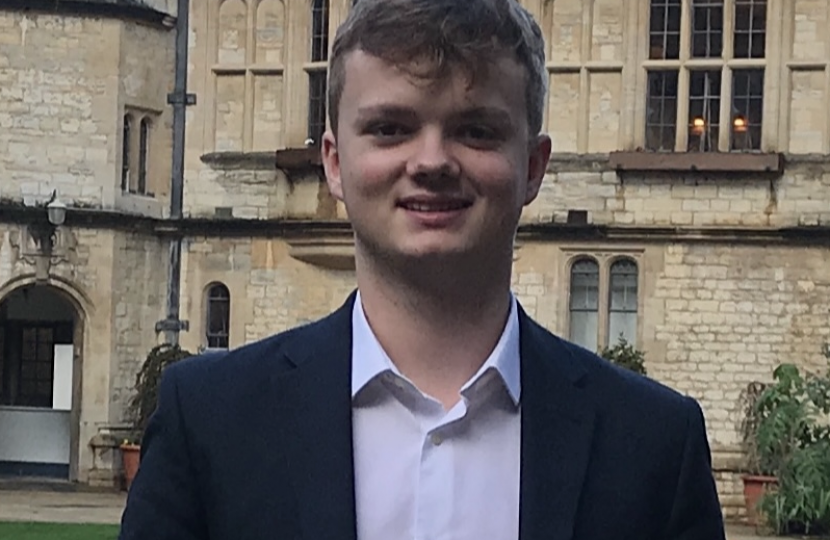 Warrington Young Conservatives branch has announced the election of their Chair and Deputy Chair for 2021. They are Theo Mirfin and Oliver Paterson.

“When I speak to young people, they tell me they feel a disconnect from politics and that politicians of all political parties don’t listen to them. It is for us to plug that gap and engage young people with politics.”

“Andy Carter MP has been supportive of Oliver and I and he is also keen to engage young people in politics. He’s spent a lot of time visiting schools and recently visited Priestly College.”

“One thing we plan to do is hold regular ‘virtual’ meetings with young people to understand how we can connect young people with the political system and so that we can feedback concerns and suggestions from young people to Andy Carter MP and the Conservative Party policy decision makers.”

Oliver is a regular contributor to the Conservative Policy Forum and added:

“The Covid pandemic has been a difficult time for young people and I actively campaign for economic development in Warrington which will ultimately benefit young people.”

“I am opposed to Warrington Borough Council’s plans to build on the green belt so that we can preserve our open spaces for generations to come.”

“There is a social side to being a Young Conservative and I’m looking forward to organising events when it is safe to do so.”

Theo’s highlight of being a Young Conservative has been meeting numerous MPs and Cabinet Ministers when they’ve visited Warrington and Oliver’s highlight was attending Prime Minister’s Questions in February 2020 shortly after the EU transition period began.

Theo and Oliver would like to hear from anyone who is interested in joining Warrington Young Conservatives.