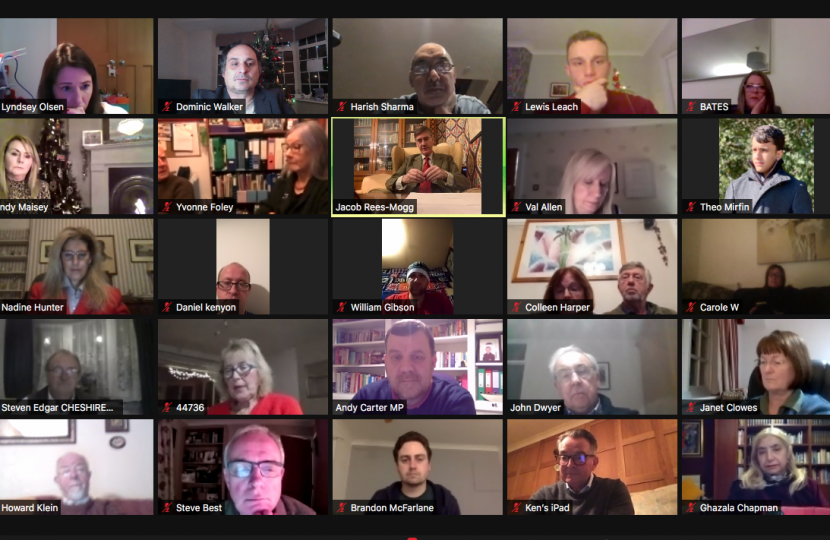 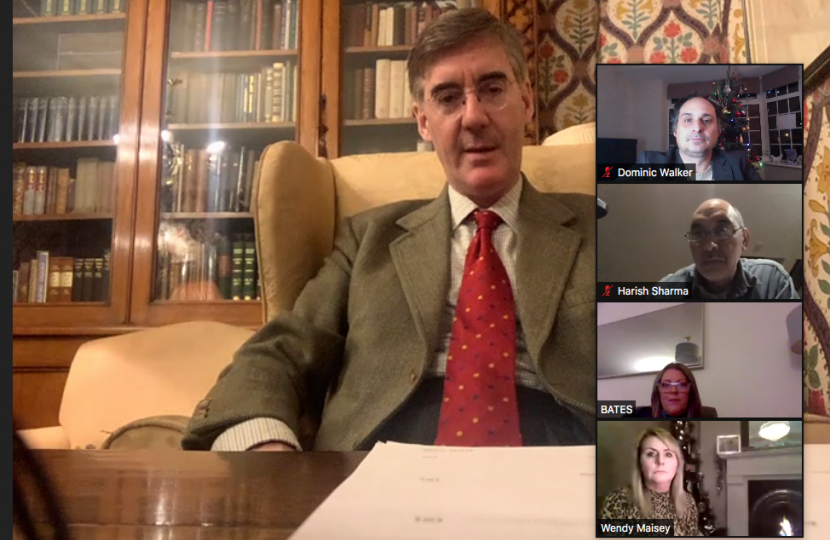 Residents from Warrington were given a pre-Christmas opportunity to quiz the Leader of the House of Commons the Rt. Hon Jacob Rees-Mogg MP at an online 'Zoom' event on Tuesday evening.

The event was organised by the Member of Parliament for Warrington South Andy Carter.

During the question and answer session, Mr Rees-Mogg took a range of questions on topics such as Covid 19, climate change, the BBC and Brexit. Mr Rees-Mogg also predicted that the economy would grow “quite strongly” in 2021.

Mr Rees-Mogg started by thanking the people of Warrington South for electing such a fantastic MP, he said:

“Thank you for sending us a brilliant MP. Andy has made a fantastic impression in his first year, he is a very helpful questioner at business questions to me but he’s a real Parliamentarian taking on serious duties and serious select committee duties making a real contribution in the House.”

“Whenever the Government does something or Parliament passes a law you can hold people like me and Andy to account. We will have agreed to it and there will be no higher authority saying we have to do something else.”

Mr Rees Mogg paid tribute to those who had made a vaccine possible and he said that the vaccine will “allow us to get back to normal” before revealing that his Mum is one of the half a million people who have already been vaccinated against Covid.

Future ministerial events are planned for 2021 - if anyone wishes to participate please contact us.