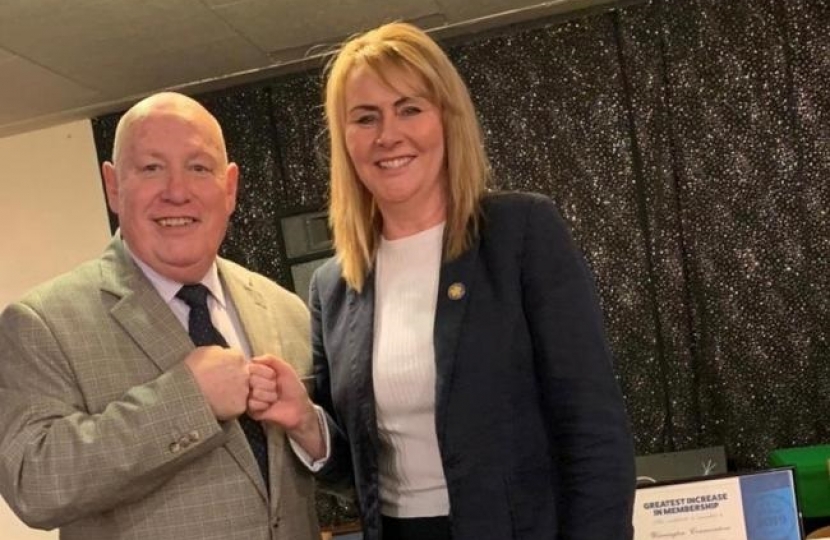 WENDY Maisey OBE has been elected as the first female chair of Warrington Conservatives.

The politician, who stood for the Conservatives in Warrington North in the General Election , secured the role at the Federation’s annual general meeting.

She came close to pulling off what would have been one of the biggest shocks of the night in December after cutting Labour’s majority from 9,582 to 1,509.

Speaking on Sunday, Ms Maisey said: “To be able to announce my appointment on International Women’s Day is a bonus.

“As a party we don’t have all-women shortlists, we believe in the best person for the job.

“A unanimous vote from our membership has given me the mandate to take Warrington Conservative Federation forward, building on the incredible work done over the past few years by Paul Campbell, our outgoing chairman.”

Mr Campbell says Ms Maisey brings invaluable business experience and innovative ideas to the role, as well as having a passion to ‘get things done’.

Warrington Conservative Association became a federation last year and governs both Warrington North and South Conservatives, with one executive board.