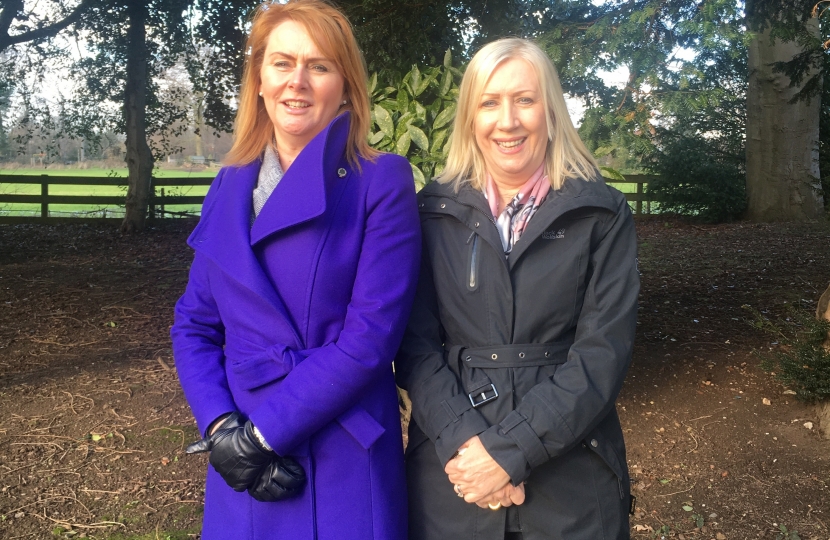 Defending our green space from development will be the priority for Parish Councillor Val Allen and local business woman Wendy Maisey, who have been selected to stand as Conservative candidates in the 2020 Borough Council elections in Culcheth, Glazebury and Croft ward.

Val, who is the former Parliamentary candidate for Warrington North and Parish Councillor for Culcheth, Glazebury and Croft, says proposals which were included in Labour’s local plan to build 500 more homes locally would be dreadful; “The current volume of HGV's on Warrington Road through Culcheth and Glazebury, and through the village of Croft, makes it unsafe for our children to walk school, we don’t have the infrastructure to cope with this level of building”.

Wendy Maisey, who runs a successful locally based IT business believes the Council’s plans aren’t wanted by local residents and don’t meet the needs of people looking to get onto the housing ladder; "We need to direct developers towards urban areas, make full use of derelict brownfield land and build homes nearer to employment sites, not in the middle of the countryside.”

Wendy and Val are fully behind residents who are objecting to the plans to demolish the 16th Century Raven Inn and replace it with 10 new homes.  Val says the village is becoming nothing more than a housing estate “This historic building adds character and interest to the street scene, if we’re not careful we’ll lose all of the places which create jobs and provide valuable services to the community”.

Speaking ahead of the Culcheth Greenbelt Action Day, this Saturday 9th February, Wendy and Val have launched a campaign to deliver a clear message to Warrington Council that we want to protect our green space.  Wendy says “It’s time the ruling Labour group listened to the views of local people“.

Commenting on their recent selection, Deputy Chair of Warrington Conservatives Andy Carter says Wendy and Val will be strong voices for families who live in Culcheth, Glazebury and Croft; “Both candidates understand the issues that matter locally.  We’ve seen Warrington’s Councillors grow increasingly out of touch with the views of the people they are supposed to represent.  Wendy and Val are great examples of the sort of people who get things done, successful business women and mums, hardworking and genuinely caring for an area where they’ve brought up their families”.

“These are our first candidates to be selected for the 2020 elections and we really want to hear from other people interested in representing their communities, who want to stand as Candidates and deliver the change needed for Warrington”.