Senior business and community leaders stand for Conservatives in Appleton 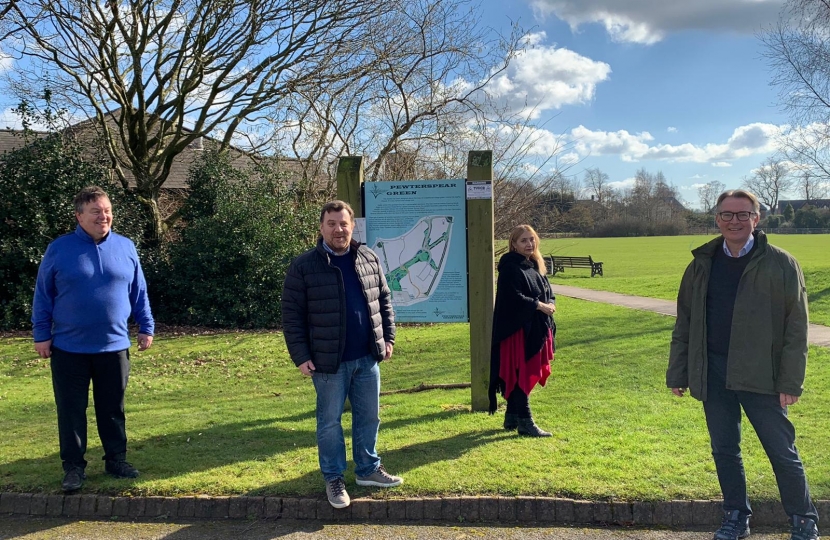 Warrington Conservative Federation has announced that Ken Critchley will stand as the prospective Councillor in the Appleton Ward in the May 2021 elections.

Ken was the Managing Director of one of the UK’s largest food and drinks companies until 2015. He was with the company for almost thirty years. Ken worked his way through the company holding the roles of Management Accountant, Treasurer, Group Finance Director and Chief Executive Finance until he assumed the overall leadership role of Managing Director. Ken was a key member of the team that spearheaded the company’s growth from a turnover of approximately £100M when he joined, to a company boasting a turnover of £1.7Bn when he left. He was a key player in the company's acquisition programme which saw the business evolve from a UK focussed trading company to a multinational manufacturing and trading organisation.

Ken has lived in Appleton with his wife and family for almost 25 years.

Ken has been politically active for a number of years, Ken is the Chair of the Warrington Conservative Policy Forum which is a think tank giving grass-roots Conservative Party members the opportunity to guide Government policy and to provide policy ideas to Downing Street.

Ken will be joined in Appleton by Ghazala Chapman and Mark Jervis.

Ghazala is a philanthropist and consultant in energy resources. She has previously worked as a University lecturer and banker. Ghazala is a long serving senior member of the Rotary Club her work with Rotary has led her to build hospitals overseas, help with children’s hospices and help homeless people here in the UK.

“I am looking forward to working with our MP Andy Carter. The key issues are to preserve the green belt, improve parking and improve leisure facilities for residents of Appleton.”

Mark has lived in the heart of Appleton for more than thirty years with his wife Liz, a maths teacher. Mark worked in the nuclear industry for over 35 years. He held a number of senior commercial roles and for nearly ten years, he was Managing Director of an international nuclear transport and services company. He was also Chair of the World Nuclear Transport Institute.

“I’m standing for election for the first time in Appleton because I care passionately about the future for the area. Our green belt from Grappenhall all the way through to Stretton is under serious threat from Labour’s Local Plan. Our area cannot sustain the consequences of the developments under that plan. There are alternative ways to provide affordable housing and new jobs in Warrington. Only the Conservatives working with our MP Andy Carter can oppose the Labour Local Plan proposals.

“The current day-to-day issues being faced by the residents of Appleton are not being addressed by the current Council. Whether that’s repairing potholes, addressing the perpetual traffic congestion in Stockton Heath or the appalling lack of investment in Broomfields Leisure Centre.”

“I’m very much looking forward to working with Ken, Mark and Ghazala to represent the interests of people living in Appleton, for too long this area has been ignored by the Labour Council.  Conservative Councillors, working with a Conservative MP and a Conservative Government will work together for the benefit of our local community.

“At this election we have three exceptionally experienced local people who are able to bring their vast experience in business and the community to help guide the Borough Council at a time when our local economy faces incredible challenges.”

“Ken has been doing great work to protect the green belt, feeding ideas into central Government which can help us deliver affordable and social housing. Just last month he called on the  Borough Council Leader to focus their efforts on regeneration of the Town Centre and  brownfield sites such as Fiddlers Ferry.  I’ll work with Ken to help access funding from Central Government so that we can protect the green belt here in Appleton and across South Warrington.

Ken Critchley said, “people in Appleton are understandably asking if this Labour run Council are delivering for their families in our village.  Council taxes are rising again, services such as the Broomfield Leisure Centre are in such a terrible state they can’t re-open and we’re looking at the prospect of the building of thousands of new homes without the consent of those who live in South Warrington made even worse by the lack of any serious plans by the council to address the chronic lack of infrastructure in the South. This state of affairs can’t be allowed to continue or we will see the end of Appleton and South Warrington as we have known and loved them”.

"Mark, Ghazala and I are committed to challenging the Liberal/Labour status quo, working as a team with Andy Carter MP who has already helped to secure £22 Million of investment for Warrington, our focus will be getting a better deal for families in Appleton.