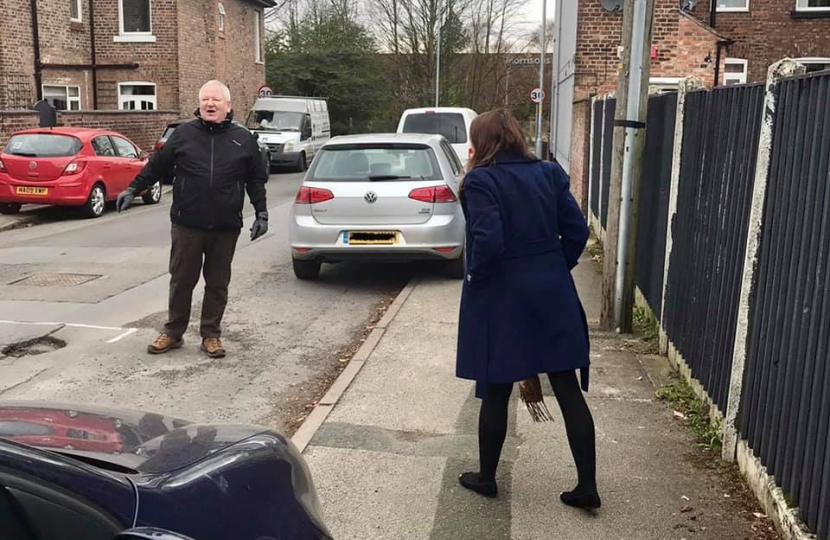 Popular Stockton Heath resident and lover of all things football and Rugby League Bill Kidley has announced that he is standing as the Prospective Councillor in Stockton Heath for the Conservatives.

Bill has left the logistics industry after nearly 40 years and now has time to devote to local issues with the support of his family.

“I have been been passionate about politics for a long time and believe it's important to protect our beautiful green belt and improve community facilities.

“In the end it was my family who encouraged me to stand. They said you’d make a fantastic Councillor. I have taken voluntary redundancy at work so I have time to devote to Council work if I am elected as the Councillor for Stockton Heath.

Bill is no stranger to running campaigns, he successfully campaigned to prevent the unfair re-election of Rangers FC to the Scottish Premiership following their liquidation. That campaign attracted a lot of media attention and landed Bill with an invite to meet Neil Doncaster who was the CEO of the Scottish Premier League at the time.

Bill was also active in the campaign against the demolition of the old Stockton Heath primary and spoke against it at the planning meeting which was won by the locals until WBC resubmitted despite saying the outcome was final!!

Bill would also like to see more youth facilities in the area. Bill has already had some success, the Conservative Government has recently given Warrington Borough Council more than £5 Million to repair potholes and Bill has had some success in getting potholes repaired. Bill added:

“The potholes represent how poor the services are for Stockton Heath residents. I listen to residents' concerns and will do all that I can to make the Village a better place for everyone.

"I will also campaign locally to address parking issues in the village as well as push the council on the relocation of community recycling facilities for the residents of South Warrington.

“It’s been a tough year for families and I want to do all I can to aid the recovery post-covid.

Bill will be running alongside Lynsey Olsen.