Our Plan for Warrington 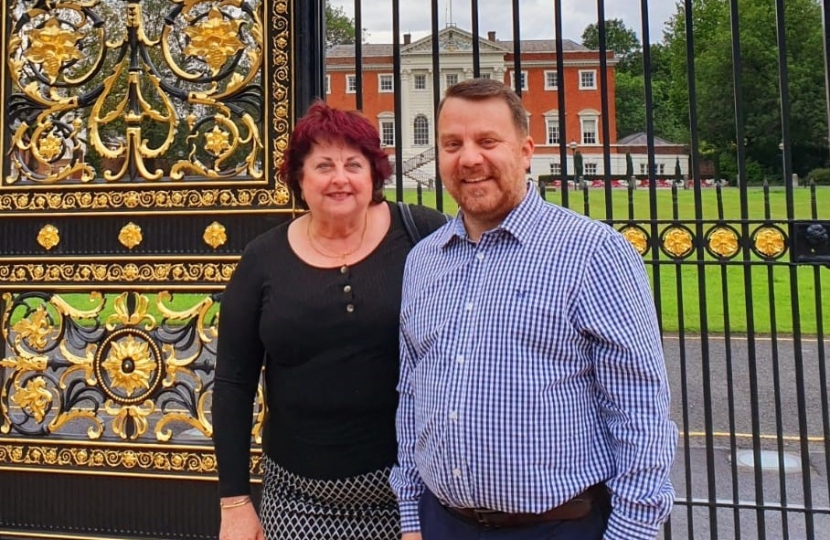 Warrington Conservatives have launched 'Our Plan' for the upcoming local elections promising to ‘Deliver Change in Warrington’, setting out not only the Conservatives’ ambitious approach to bouncing back the local economy and protecting jobs, but focusing on protecting Warrington's Green Belt, fixing more potholes and freezing Council Tax.

The Conservatives are promising to reject Labour's broken local plan which would build more than 7,000 homes in the Green Belt and instead focus development of affordable homes on brownfield sites like the former Fiddlers Ferry Power Station and the Town Centre which is critical post Covid.

With government support for Warrington standing at nearly £200 million since the COVID-19 pandemic began, the Conservatives want to ensure that businesses can get access to much needed funds more quickly given the Labour-led Council’s slow release of business support funding.

The Conservatives say that thanks to the UK’s world-leading vaccination programme, there is now light at the end of the tunnel and Warrington is on the road to better times but needs new leadership to get the Borough back on track.

'Our Plan' focuses on support for the elderly and vulnerable, promising to tackle health inequalities in vaccination uptake, invest more in children’s mental health and support for Warrington Hospital's bid .

“Getting Warrington Back on Track is our clear message at this election. We’ve had a challenging year with the COVID pandemic and now thanks to our world-leading vaccination programme, we can start to look forward to life with freedom again.

“'Our Plan' is a forward-thinking, positive and ambitious plan for Warrington that stands to support local business, protect jobs, keep our streets safe and get our Borough open for business.

“We know that residents have had enough of this Labour dominated Council and their Lib Dem conspirators .

“They know that with fly-tipping on the rise, an increase in litter and potholes blighting our roads, endless council tax increase is not value for money.

“Labour have saddled our town with £1.6billion of debt, investing in supermarkets in Salford and office blocks in Manchester but local services are closing.  This has to change.

"We’re proud to present a plan that will deliver a brighter future for Warrington and value for money.”

‘Our Plan’ for Warrington will tackle 6 main issues:

Working with Andy Carter MP, the Conservatives have pledged to Build Back Better, to create new opportunities and make the most of the £22m Town Deal secured in December 2020 to help tackle many of the issues which exist in Warrington

On Thursday May 6th Vote Conservative and let's deliver the changes we all want to see in Warrington.