Opposition leader thanks residents for votes 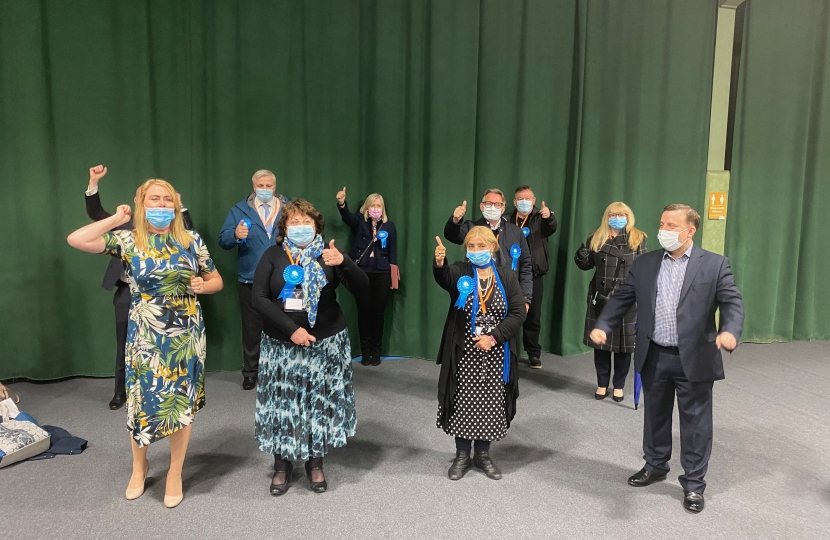 The new leader of the opposition Cllr Kath Buckley has thanked voters right across Warrington for their confidence in the Warrington Conservative team.

Cllr Buckley retained her Lymm South seat and Conservatives across Warrington made 10 gains. which is eleven seats in total.

Conservative votes across the town have nearly doubled from 29,732 in 2016 to 51,435 in 2021 which is an increase of more than 70%. The Conservatives narrowly missed being elected in some Wards including Westbrook where the difference was just nine votes.

“I would like to thank voters from across Warrington. They have voted in large numbers for the Conservative team. My team and I are committed to work hard for residents.

“We will hold the Labour led Council to account and do all we can to prevent further debt through high risk investments.”

“I am proud of every new Councillor in my group, they have approached the election and their new roles with enthusiasm and each and every one of them will be an asset to residents in Warrington.”

“We have a diverse range of knowledge, skills and background.”

“It has been an excellent election in Warrington with significant gains in Warrington South. I am delighted that Kath has retained her seat. Kath has worked extremely hard for residents in Lymm South and will continue to do so."

“Our new team in Appleton will do an outstanding job as will Linda who is the newly elected Councillor for Chapelford and Old Hall.”

“I echo Kath’s comments in thanking voters. Residents in Culcheth, Glazebury and Croft have put their faith in me and my fellow Councillors Val and Carol and we intend to work hard to represent them at the town hall."

“We are committed to campaign for better services for residents in Culcheth, Glazebury and Croft.”

“As the Chair of Warrington Conservatives I am proud that we now have eleven Councillors on the Council.”

In addition to Appleton, Culcheth, Glazebury and Croft and Chapelford & Old Hall The Tories gained seats in Rixton & Woolston and the former Labour stronghold of Birchwood.