Mowat urges against backsliding on HS2 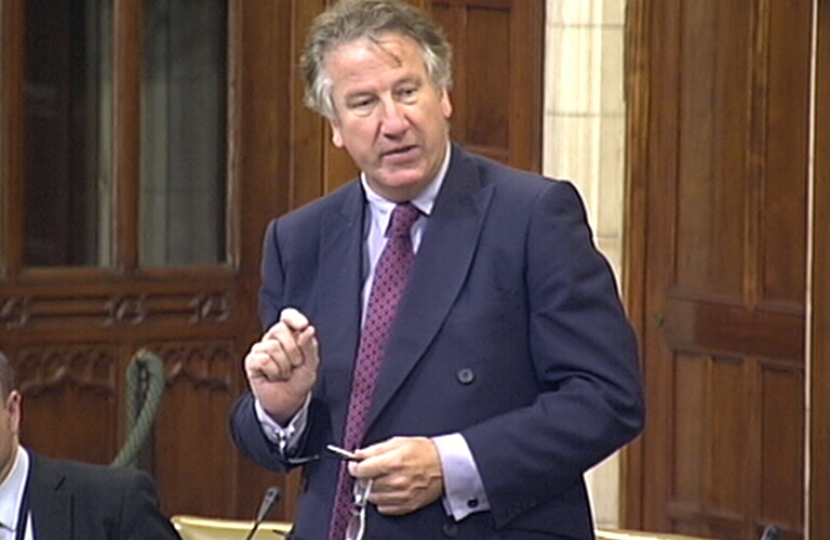 David Mowat used a Westminster Hall debate last week to once again push the case for High Speed Rail 2, which is estimated to create 40,000 jobs in the North of England according to a study by KPMG. A number of MPs from London and the midlands criticised the cost and disruption that the line would cause, but Mr Mowat argued that the project would bring transformational benefits to Warrington and the North West. It comes the same week as Mr Mowat joined a number of Conservative MPs from the North of England who signed a letter to the Daily Telegraph in support of HS2.

The HS2 Network will eventually link London with Manchester and Leeds. Phase 1 includes the construction of a High Speed Line between London and Birmingham; Phase 2 will add two additional "legs," one to Manchester and one to Leeds. Heathrow and Crossrail will also eventually be linked to the network, which will include a connecting spur to the existing West Coast Main Line. Warrington is one of the possible locations for the connection. But the project is under fire from some Labour and Conservative MPs whose constituencies would be affected by the building of the line.

"I want to put a couple of things on the record in relation to transformational benefits. The point is that the North-West chamber of commerce believes that the scheme will bring £8 billion worth of benefits to my region. Those benefits will accrue to Warrington in the same way that they will accrue to other parts of the country. Let us at least get that clear.

"A recent report that KPMG produced for Greengauge 21 estimates that there will be an incremental, steady-state increase in jobs of 40,000 in the north and the north-west due to the scheme. I am pleased that the Select Committee on Transport is going to validate the numbers: these are important transformational issues, and they must be taken seriously. It's important that transformational projects like these do not get blocked by NIMBYs."