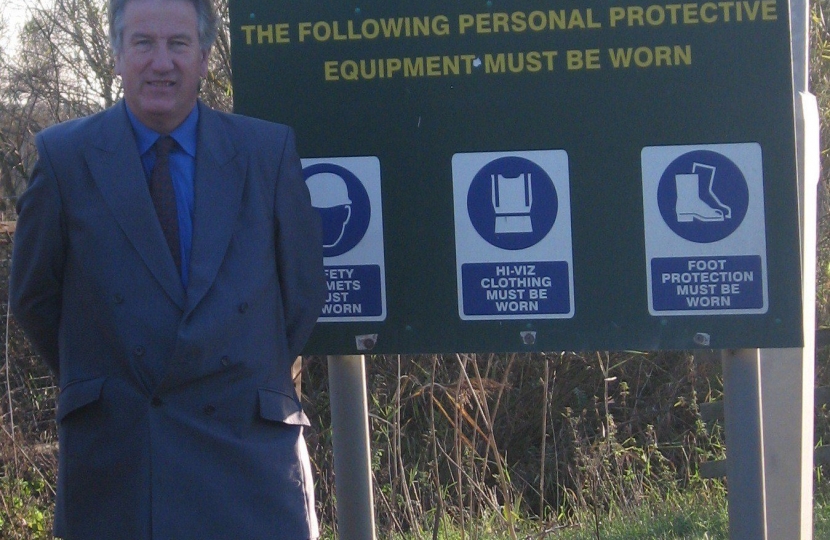 Environmental health concerns, including the fate of illegally dumped BSE carcasses, about Arpley landfill site will be fully investigated by the Environment Agency, a senior Government minister has confirmed to David Mowat, MP for Warrington South.

Replying to a debate on the site, forced by Mr Mowat, Minister of State for Environment, Food & Rural Affairs, Jim Paice MP assured local residents that the EA would satisfy itself that any future reprofiling work would not result in previously deposited waste posing an unacceptable risk to health or the environment.

Up to 400 carcasses of cattle either infected or believed to have been infected with BSE were dumped at Arpley under the supervision of the former Ministry of Agriculture, Food & Fisheries. However, it is also know that a number of similar carcasses were also illegally dumped on the site around the same time. Local residents have expressed concern that any future work could risk disturbing the carcasses, potentially releasing infectious prions.

“I forced this debate because I felt that the issues surrounding Arpley needed to be heard at the very highest level. Local residents and I have some serious environmental concerns about the site – particularly if parts of it are to be disturbed by future works.

“Although I recognise that the decision to extend or not is a matter for Warrington Borough Council, local residents have a right to know that their concerns are being dealt with seriously by the relevant authorities. I’m happy with the assurances that I have received and I hope that this will feed into the decision-making progress.”

You can read David's speech in full here