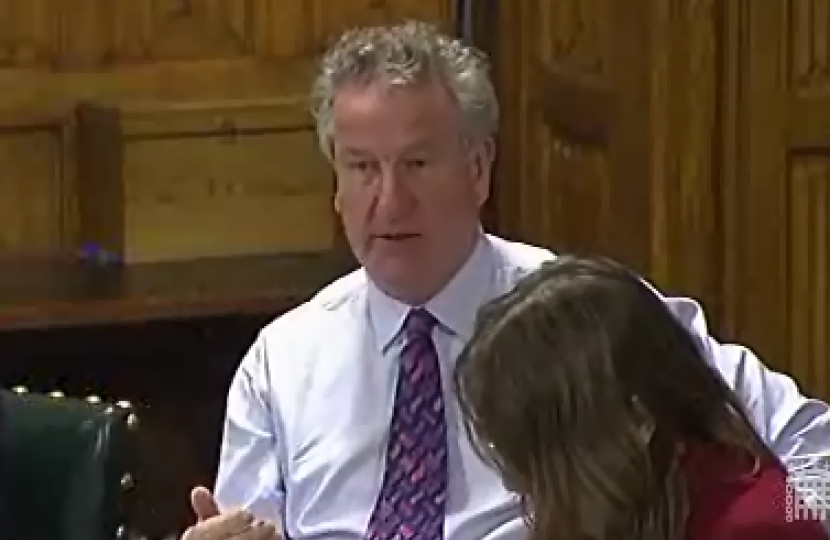 Warrington South MP David Mowat this week highlighted articles in three national newspapers as evidence of a growing anger in England at the unfair subsidy paid to Scotland each year.

The Daily Mail, the Sun, and the Daily Telegraph have run stories on the Barnett formula this week, quoting David and the issue has also been picked up by the Press Association, the London Evening Standard and popular blog ConservativeHome.

It comes as new figures show that the average family in England is having to pay an additional £420 a year in tax to pay for services that Scots receive for free such as free prescriptions, free personal care for the elderly and free university tuition.

David will be appearing on BBC Radio 5Live's "5Live Drive" show this evening at 5:30pm to discuss the Barnett Formula.

"I'm delighted that this issue is now receiving the national attention it deserves. I've been saying for over a year now that people in Warrington are getting a raw deal and now it seems that more and more people are starting to realise just how unfair the current system is.

"My work on the Scottish Affairs Select Committee has highlighted a number of examples of people in Warrington suffering because of the Barnett formula. The new Runcorn Bridge will have to be tolled, yet the Government have bent over backwards to help the Scottish Government avoid a toll. We simply cannot continue with the failed policy of the last Labour Government."