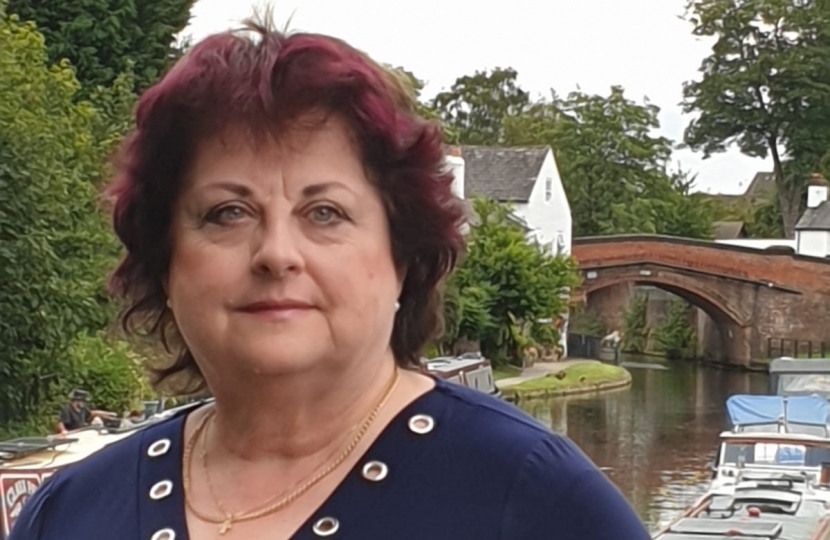 Lymm Conservative Councillor Kath Buckley has called for an urgent meeting with the Environment Agency following damage to the flood defences along the River Bollin.

Following a meeting with local farmers Cllr Buckley saw the damage which has been caused close to the Old Mill at Heatley Weir, as trees have been brought down blocking the river flow and storm gullies are blocked.  Flooding in this area of Lymm has increased in recent years, with local residents reporting concerns all along the River Bollin which falls under the responsibility of the Environment Agency.

A severe flood warning was issued to properties in Heatley Mere in January and around 150 homes were advised to leave the properties due to the risk of serious flooding.  Whilst the water didn’t reach the levels forecast some homes were severely damaged on Warrington Lane and Reddish Lane.

Cllr Buckley says were another storm to occur before the defences are repaired and the consequences would be much worse ”The awful flooding of Reddish Lane in 2019 was supposed to be a once in a hundred-year event. However, as residents of Lymm are aware flooding again took place recently which has devastated again residents of Reddish Lane and this time the residents of Warrington Lane”.

“A very large are of the bank has been washed away along Wetgate Lane and this means homes on Mill Lane and Birch Brook Road are also potentially at risk.  Local farmers have also seen their fields flooded and crops destroyed as the Bollin burst its banks again and water courses are clogged”.

Cllr Kath Buckley has been working with the Reddish Lane residents since 2019 to access flooding grant aid support and to address future flooding.

Lymm Parish council is supporting her attempts to help the residents and Cllr Buckley has been in discussion with Andy Carter MP, Conservative Member of Parliament for Warrington South and Warrington Borough Council to highlight the concerns of local residents.

Our Plan for a Stronger Economy

Read about how our plan is tackling inflation and helping you with the cost of living.