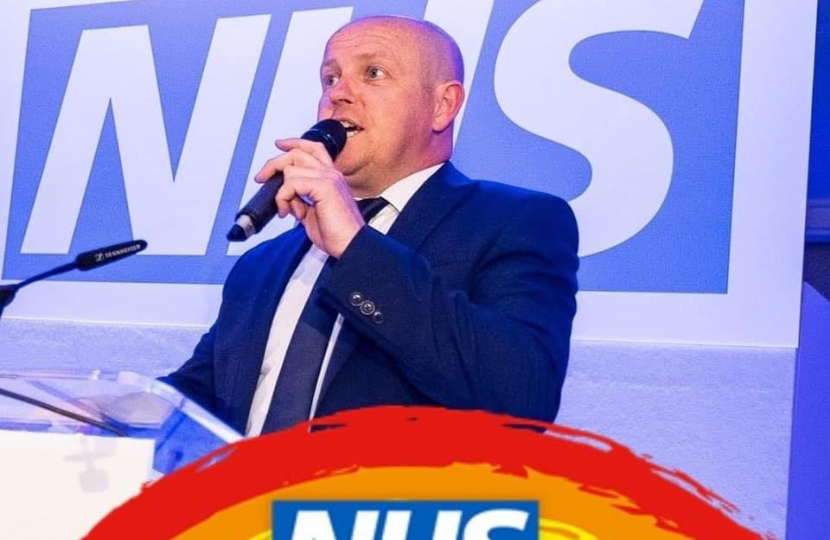 The former star of Wire FM turned business entrepreneur Pete Pinnington has announced that he is standing for election at the forthcoming Warrington Borough Council elections.

Pinnington’s announcement last week was as creative as the many radio shows he has presented. Pete posted a video on Facebook which quickly became a viral hit with more than 3,800 views. In the video he said that he is known for the three P’s (referring to his business Pete Pinnington Productions) and now will be known for the three C’s Conservative Council Candidate. Pete explained that he is proud patron of Warrington Disability Partnership and the Shannon Bradshaw Trust.

During lockdown Pete has raised thousands of pounds when he took his popular Bingo Bedlam show online to raise money for Warrington Disability Partnership, the Shannon Bradshaw Trust and Warrington Youth Club.

Pete, who became well known across the town for his on air soap ‘Pinnington Palace,’ the Rollercoaster Quiz and the legendary Pub of the Week. Pete hosted many live events including the  Warrington Christmas Lights switch on, the Halton Show and club nights in most of Warrington’s bars and clubs.

Speaking from (Pinnington Palace!) which we now know is in Whittle Hall, Pete said:

“Over the years I have got to know both the staff and Councillors at Warrington Borough Council and regard them as friends. I’ve offered air time and my time to the various different events in the town.

“I have been a Labour voter all of my life but I felt that Labour lost touch with normal people like myself. It’s time for change at the Council and rather than sit there and think about change. I’d like to be a part of it.

“Pre-pandemic I wanted to setup a family festival and I got no support from the Council. This really disappointed me. Since Andy Carter was elected as the MP he has been very supportive of me and Andy said I’d make a great Councillor, the rest is history.

“There’s a lot of work to do but I am up for the challenge. People have already started to contact me for help and ask my advice on different issues.

“When I was the Managing Director of Smooth Radio Pete and I were rivals. Even in those days I thought that Pete was a huge asset to Warrington. I hoped that our paths would cross one day. I couldn’t have guessed it would have been in the world of politics though.

“Pete knows the town so well, he knows lots of people and as a Conservative he’ll be fighting for more support for small businesses and families who need help to get back on their feet after the lockdown is lifted.

“Amazing Pete, they would be so lucky to have you! Sending all the luck in the world your way! You’d get my vote over and over!

Transport Secretary Grant Shapps on building a railway fit for the future.