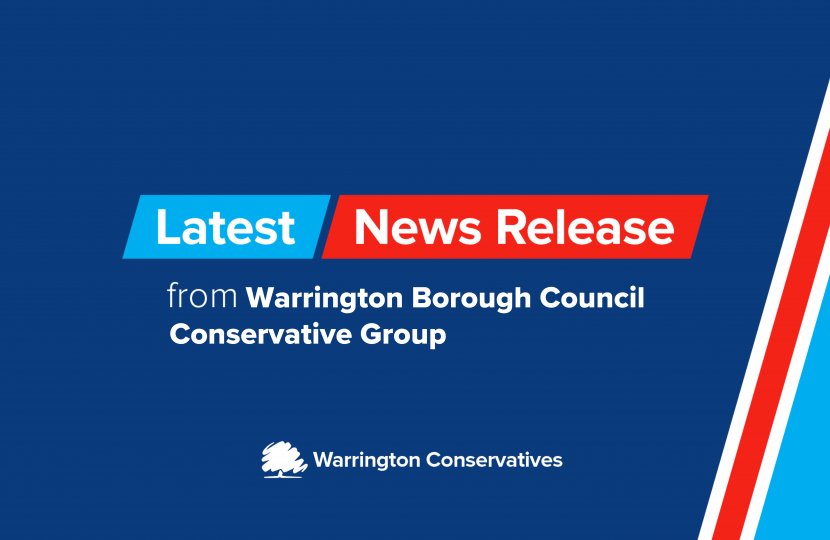 On 11 July 2022 WBC’s Labour Cabinet held its most recent meeting in the dance studio of the newly opened Warrington Youth Zone. Outside the building, residents from Orford and Latchford protested about the Council’s Low Traffic Networks (LTNs), and inside the Cabinet meeting struggled against the added disruption of a rock band practicing in the next room. With all this going on, Cabinet Members decided, amongst other things, to spend £63.5 million on a fourth council solar farm to be built near Doncaster.

Like investments in energy companies such as Together Energy, there are now quite a few councils who have been investing in solar farms and this will be WBC’s fourth solar investment since 2019. But news came last week that Thurrock Council is in trouble with its solar investments in spite of record electricity prices, and this highlights the risks involved.

Leader of the Opposition on WBC is Birchwood Councillor Nigel Balding (Cons) and he has announced that five members of the Conservative Group, including himself, have “called-in” the Cabinet’s decision which he hopes will go before the all-party Scrutiny Committee. The call-in claims that the Cabinet decision should be further examined to consider “the financial implications and any risk involved” for the following reasons.

(1)    New information has become available in the last few days about the risks of this type of investment, particularly in Thurrock where independent consultants hired by the council have privately warned that the solar farms are worth far less than required to recoup their cash.

(2)    The increase in financial exposure to solar farms in the UK creates an unbalanced portfolio of investments for WBC which exceeds the boundaries of prudence as stated in the Council’s Investment Strategies.

(3)    It is prudent to challenge the level of due diligence undertaken with this investment and ask the Scrutiny Committee to examine the business and investment case documents supplied to Cabinet within the confidential Part 2 papers. There are ongoing concerns with shortcomings in the Council’s Corporate Governance arrangements for managing commercial investments; call-in of this decision for additional scrutiny provides another check on this decision.

(4)    The Cabinet meeting at which this decision was made was dominated by a loud music session in the adjacent room. Whilst it was just possible for Cabinet Members to listen and speak at the meeting, calling this decision in gives another chance to scrutinise a very significant investment decision.

Consideration will now be given to whether the call-in is valid and if so the decision will go to either a special meeting of the Scrutiny Committee or its next scheduled meeting, which is due to be held on Wednesday 14 September 2022. In the meantime the investment will remain on-hold.

WBC Scrutiny Committee members will be allowed access to the full investment case for the Doncaster solar farm; these are confidential papers not made available to most councillors. Councillor Balding is also expected to ask for the papers to be made available to one or two other Conservative Councillors so that a detailed case can be made for consideration by the Scrutiny Committee.

“Most people would agree that investment in renewable energy is a good thing but the question is whether this is a good thing for WBC. Our Council already has too much debt and it might be required to reduce this in the near future.”

“Good investment practice is to spread the risks across different sectors and businesses, like the proverb “don’t put all your eggs in one basket”. By contrast WBC’s investment portfolio has relatively few investment classes and is dominated by housing associations, warehousing, a business park, and solar energy. This is in addition to the disastrous forays into energy trading and banking.”

“Local authorities are expected to invest in their own economies and these can be lumpy, which is understandable, but the majority of WBC’s money is invested outside Warrington. It seems unwise to increase the exposure to any existing investment classes such as solar energy which are already overweight because if it goes wrong then we are in trouble.”

“Given the news this weekend that Thurrock Council is facing losses of up to £200 million on a green energy scheme it would seem sensible to double-check that our proposed £63.5 million does not face similar risks.”

“Some Cabinet decisions made in the past have been big mistakes, like the decisions to invest in Together Energy and Redwood Bank, so it is important for an opposition group to carefully scrutinise these investments. In this case a call-in is the best way to achieve this.”