Cllr Nigel Balding elected as Leader of the Opposition 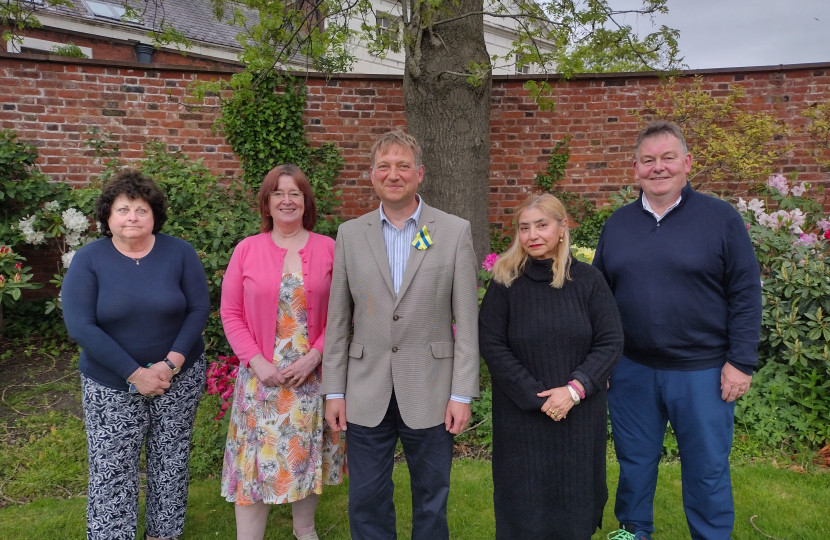 The annual meeting of the Warrington Borough Council Conservative Group was held on 9 May in the Opposition Group meeting room at Warrington Town Hall. As expected, Lymm Cllr Kath Buckley  stepped down as Leader after a very busy year training and mentoring the 10 new Conservative Councillors elected in the 2021 landslide election for the Party.

This triggered a leadership election and, after the meeting had finished, it was announced that Cllr Nigel Balding (Birchwood) had been elected as the new Group Leader. He will now become the new “Leader of the Opposition” on WBC.

Cllr Balding said: “I’d like to thank Kath for being there from the start, showing us the ropes and for all her hard work as our Leader over the last 12 months. Kath has steered us through a very eventful time with big challenges to WBC’s policies on investments like Together Energy, council tax, climate emergency, WBC’s transparency and governance, and the Local Plan.”

Nigel also said “I’m looking forward to working with Cllr Wendy Maisey in her role as Chair of the Warrington Conservative Federation (WCF). Federation members help councillors work effectively, focusing on the local issues that matter and keeping in touch with local communities.”

“With Wendy as Chair and a great executive team, WCF has come on leaps and bounds in the last few years with plenty of new party members and exciting new ideas as well as a newly elected MP and councillors.”

“This will be another important year for councillors as we continue to press for improvements in WBC performance whilst providing a constructive opposition. We will continue to focus on meeting our 2021 manifesto pledges as well as meeting new challenges as they are thrown at the council, like tackling improvements for our transport network, reducing our carbon emissions and presenting a positive image for Warrington and our local communities. We must make the most of the challenges and opportunities as they arise for all our residents.”

Professor Swaran Singh has agreed to conduct a one-year review of the Party’s progress on implementing his recommendations.