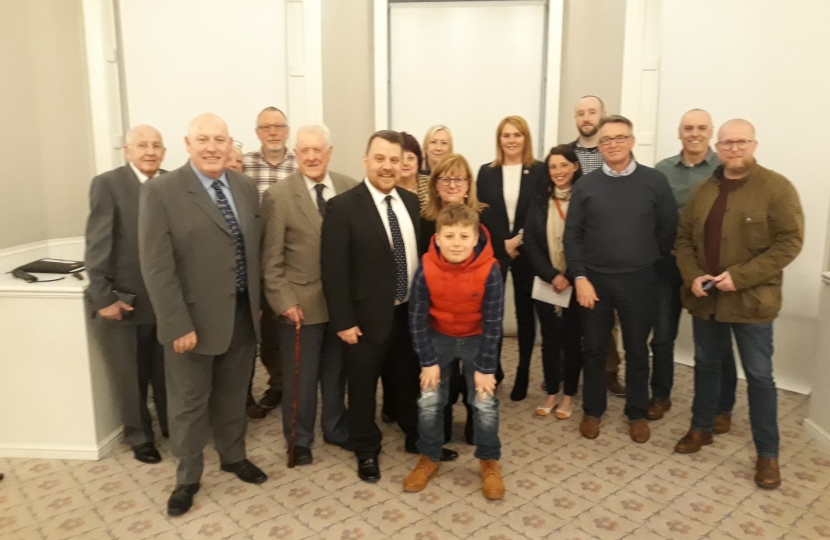 Andy Carter has been selected as the Conservative parliamentary candidate for Warrington South.

The 45-year-old business owner is the deputy chairman of Warrington Conservatives and former Managing Director of Smooth Radio.

Andy, who lives in Lymm, with his family, started his career in commercial radio while at university, before going on to run one of the north west's most successful media companies. He now runs his own consultancy and mail order business.

He said: “As a resident here I know the issues that matter locally, such as building on the greenbelt in Lymm and Appleton, congestion over the swing bridges into the town centre, the future use of Fiddlers Ferry Power Station and how we ensure young people can afford to own their own homes.

“They’re the issues I hear about when I talk to my family and friends and when I knock on the doors and speak to residents. If elected as the next Conservative MP for Warrington South, I will champion these issues.

“Residents here deserve better than what Labour has to offer. In just the last few days we've seen how Labour don't listen to local people as they press ahead with their local plan to build more than 5,000 homes on the greenbelt.   It’s now time for a change and I believe I am the right person to represent them as their MP, standing up and fighting for them and their ambitions here in Warrington and in Westminster.”

Among his priorities if elected would be to campaign for improvements to Warrington's rail and road networks, so that the area's economy can fully function without the hinderance of endless traffic jams.

He said; "I know how frustrating it can be sitting in queues around Bridgefoot when you're trying to get to a meeting, time really is money. Our town has enjoyed significant economic success recently but we've not seen the necessary infrastructure investment to allow us to grow our economy further.  We also need to take steps to futureproof our High Streets in village and town centres, so we secure jobs and develop centres which are of value to communities in the future.

Andy is also passionate about the National Health Service, having recently experienced the care given to an elderly family member at Warrington Hospital.

He said: “I’ve seen first-hand the dedication and compassion from our doctors and nurses within the NHS. The investment being delivered by the government in their long-term plan needs to benefit Warrington and I would want to see plans brought forward to deliver a new hospital for our town, fit for the 21st century