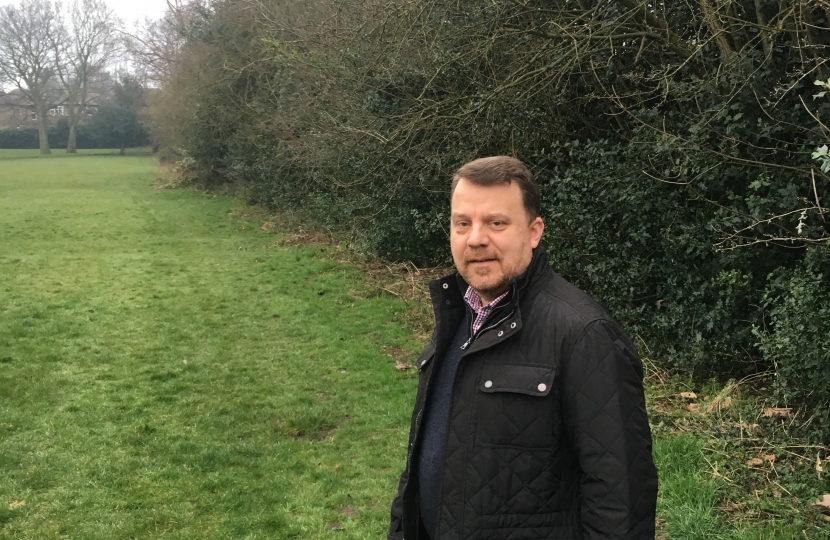 Warrington's draft local plan has been published today and includes proposals to build 7,000 homes in the greenbelt and release of land for a logistics hub.

Commenting on Labour's proposals, Cllr Andy Carter says this level of development in the greenbelt shows how out of touch the Council are; “Residents consistently tell us that they don’t want to see the greenbelt concreted over and sadly Labour’s plan is doing exactly that; this level of building shows they just haven’t listened.  Including Peel Hall into the proposal demonstrates they're not even listening to their own Labour Councillors and MP who've campaigned against these proposals previously.”

“People living in villages such as Appleton Thorn, Stretton, Higher Walton and Grappenhall all face the prospect of seeing their communities changed beyond all recognition not just from the prospect of a new 'garden suburb' but also from the inevitability of  massive logistics park at the M56/M6 junction which will replicate Omega in the South of the Borough".

“The addition of 450 new homes in a village like Lymm will impact on the provision of healthcare, school places and roads, we can’t simply build new homes without addressing the very real infrastructure issues and many of our services are already at breaking point.  Lymm High is already unable to accommodate all the Children who live in the village.  The plans need to address how our urban centres will change as our retail habits are revolutionised by the internet and this 20 year plan doesn't do that sufficiently.”

Cllr Val Allen says "Culcheth is already blighted with a continual stream of HGVs using the Warrington Road, building 200 more homes here without addressing the road situation is a recipe for endless tailbacks".

These proposals don’t take sufficient account of land availability elsewhere and whether the needs are met more appropriately in other areas.  We also believe they're overly optimistic in terms of population growth, meaning the level of new homes needed is overstated.  Warrington Conservatives will oppose the greenbelt plans at every stage, we’re already working with planning professionals and Parish Councils to look at ways to get the Council to change course.

Warrington Conservatives are urging residents to make their views known.   An 8 week consultation begins on 15th April where residents will have an opportunity to examine the plans in detail and comment, before a final submission is made to a Planning Inspector for adoption in 2020.  Working with other groups we are planning a number of public meetings to help inform local residents.