Thank you for visiting the official site of Warrington Conservatives.

Keep up to date with what the Conservatives are doing Nationally and Locally by using the links at the top of the page or follow us on Facebook or Twitter @OneWarrington. 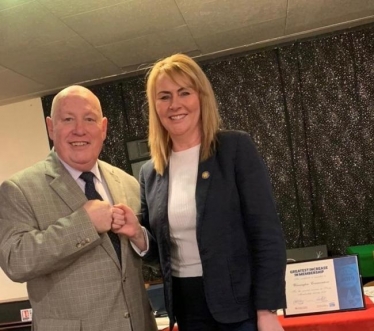 WENDY Maisey OBE has been elected as the first female chair of Warrington Conservatives.

The politician, who stood for the Conservatives in Warrington North in the General Election , secured the role at the Federation’s annual general meeting.

She came close to pulling off what would have been one of the biggest shocks of the night in December after cutting Labour’s majority from 9,582 to 1,509.

Speaking on Sunday, Ms Maisey said: “To be able to announce my appointment on International Women’s Day is a bonus.

This is why Pride Month matters

Conservatives will always fight for a free, fair and tolerant Britain.

Update from the Prime Minister on our fight against the coronavirus

The Prime Minister's speech on 28th May 2020, about the country's fight again

Test and Trace for Coronavirus launches today across England

From 9am today, the new NHS Test and Trace service has launched across Englan